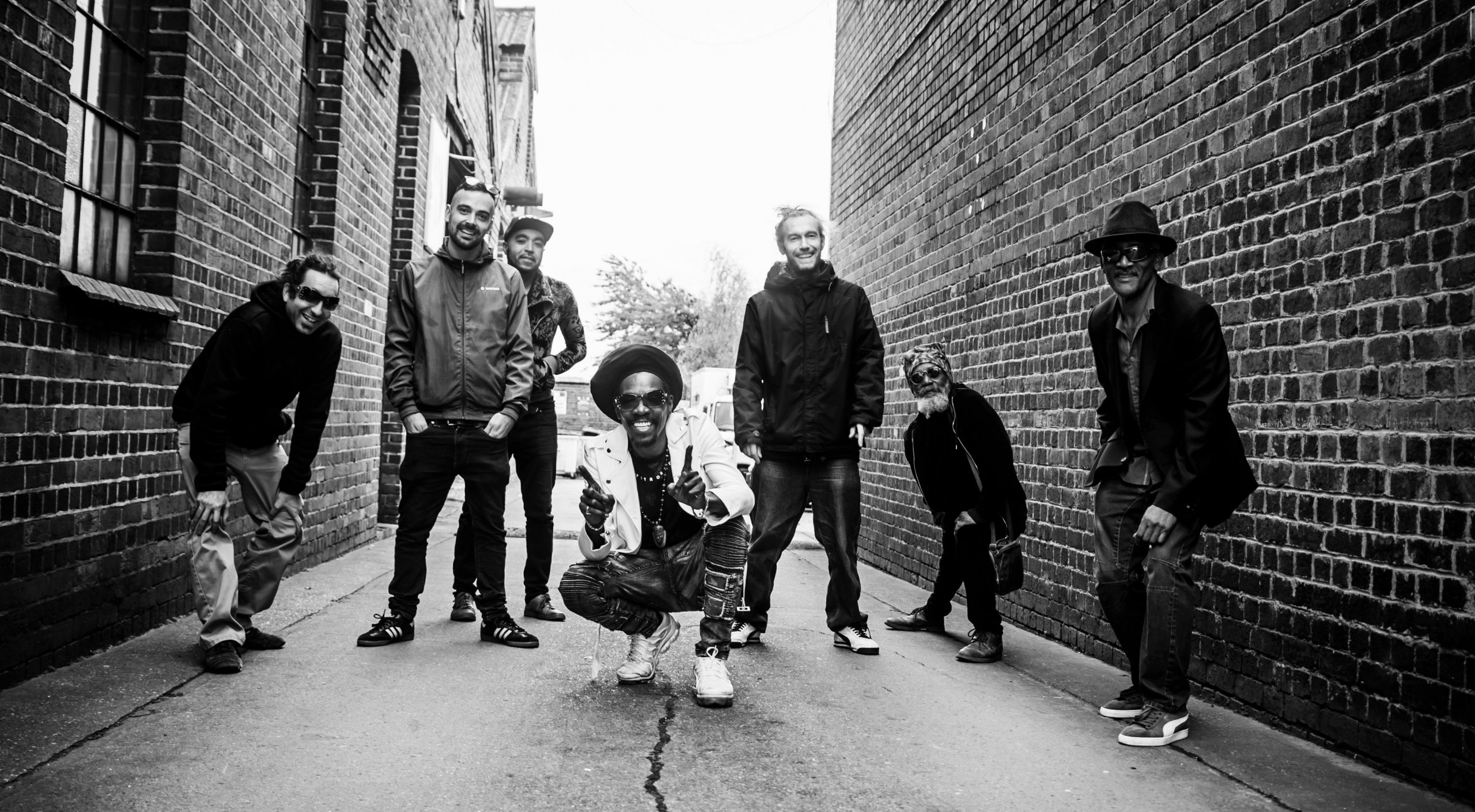 Friendly Fire Band is one of the most active live reggae and dancehall outfits in the UK’s traditional reggae capital, Birmingham, both on stages and in the studio. Composed of an international lineup of musicians, Friendly Fire Band comfortably juggles traditional Roots, Dancehall or One Drop riddims, and has become an institution on the Birmingham Reggae Scene, having backed a host of artists from Dawn Penn to the late Michael Prophet, and releasing music on the Friendly Fire Music label.

In the studio, they have recorded collaborations with the cream of UK reggae artists, released on vinyl as well as digital formats on the Friendly Fire Music imprint. Collaborating with artists such as YT, Luciano, Murray Man,  Mr Williamz, Tippa Irie, Susan Cadogan, Exile Di Brave, Peppery, Claire Angel to name a few, they have enjoyed radio and soundsystem plays around the world including David Rodigan (BBC 1Xtra) who has featured successive releases on his show, and many more around the world.

With many exciting studio projects in the pipeline and a heap of festivals behind them, including repeated performances at Boomtown Fair, Shambala Festival, One Love, Reggae Garden amongst others in the UK, and further afield with shows at Sirenfest (Turkey),  Friendly Fire Band is currently taking bookings fronted by  TOMLIN MYSTIC,  MYKI TUFF, LUKAS DALEY,

The latest hit with Myki Tuff  “I WIll Survive Corona” enjoyed a worldwide success with its viral video, following the previous riddim album, Saturday Night that re-invents the Pressure and Slide riddim, the Skandal Riddim showing the versatility of the band with its upbeat Ska-inspired rhythm, contrasting with the one drop of the Natty Love riddim and the heavy roots vibe of the Run Away 12″  or the “Legalize Riddim” which has found its way on artist mixtapes from Chile to France and Martinique.

“ The band was incredible…[they] made it all sound effortless..isn’t that the secret of great mu- sic ! sounded like it was just falling off the stage.. beautiful tight riddims, the crowd was totally in- vested in the notes [they] were playing” Brian Travers, UB40
“It’s almost like the real thing when you go to Jamaica and play with Sly and Robbie: for the UK…. it’s excellent!” Dawn Penn