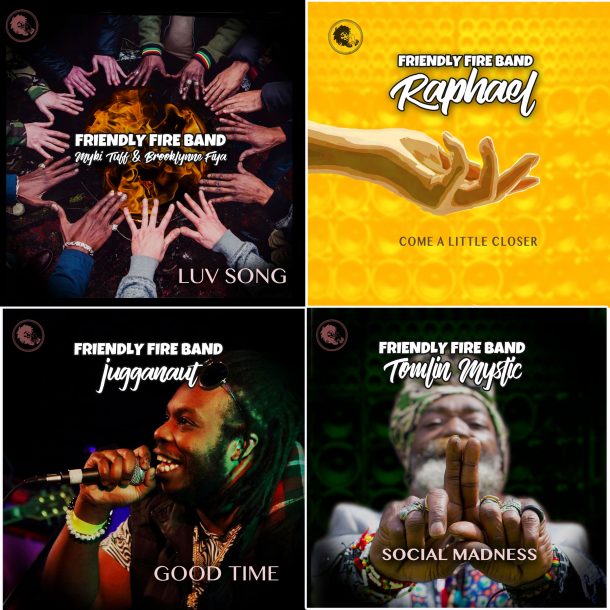 On the 16th April 2020, Friendly Fire Band is dropping 2 new releases on all streaming paltforms and on our Friendly Fire Music’s Bandcamp page for a total of four cuts on the Luv Song Riddim which also features Myki Tuff & Brooklynne Fiya, and Raphael.

Social Madness is a no apology criticism of the leaders of the world, leading people to war and destruction, by the militant Tomlin Mystic

Jugganaut sings his first release with Friendly Fire Band in a different style, showing off his sing jay talents, reminiscing about the sweetness of UK festivals and mindless times.

There are two other vocal cuts on Friendly Fire Band’s Luv Song Riddim, that have already been released and include Myki Tuff’s Luv Song feat. Brooklynne Fiya, and Raphael’s Come A Little Closer.

9 months ago in FRONTPAGE, Releases
Newsletter