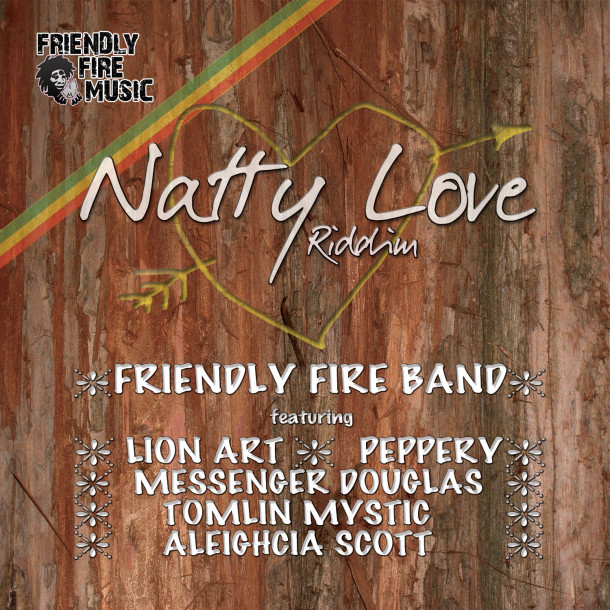 The first release of 2016 is a One Drop played live by the Friendly Fire Band, collaborating for the first time with ALEIGHCIA SCOTT and MESSENGER DOUGLAS, as well as Friendly Fire associates PEPPERY,  LION ART and TOMLIN MYSTIC

The title track by Lion Art showcases the artist as a serenading singer in Garnett Silk style,joining Tomlin Mystic, who sings a heartfelt tribute to a past relationship, in the love theme.

Peppery comes in hard with Sipple Out Deh , a tune highlighting the increasing gap between the rich and the poor where he shows his versatility by mixing a four part harmony singing to his natural DJ style.
Follow Peppery on Twitter / Peppery on facebook / Peppery Instagram

Crucially, Messenger Douglas, more famous for his UK roots music and his work with Overproof Soundsystem, signs a deep message of encouragement, refusing to sit down in order to move forward and uplift oneself above the current situation, in Movements.
Follow Messenger Douglas on Facebook

NATTY LOVE RIDDIM will be available on digital next week from   www.FriendlyFireMusic.com and all the usual digital outlets.