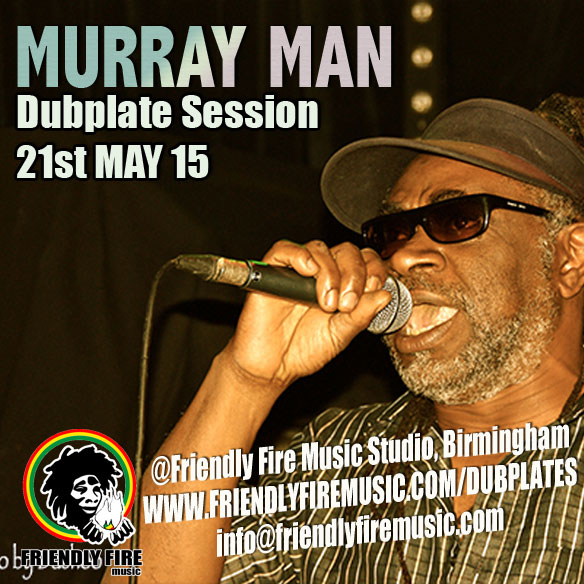 MURRAY MAN is one of Birmingham’s most successful exports! Not an easy feat, but we managed to pin him down to come into the studio for some dubs and jingles, in the midst of his international touring, and in the wake of his new and first feature CD album TRUE BELIEVER, available in stores right now!

Murray Man is a veteran in the buisness with a versatile voice, and unlimited lyrics, active since the 80s. His recent work out of his MELLOW VIBES STUDIO PRODUCTION is anchored in UK Roots, and he has had releases with too many labels across the world to enumerate here, both as a singer and a producer, including Cultural Warriors, Mungos, Far East,Friendly Fire Music – Label, Salomon Heritage, and many many more.

6 years ago in Dubplates
2015dubreggaerootssoundclashukukroots
Newsletter