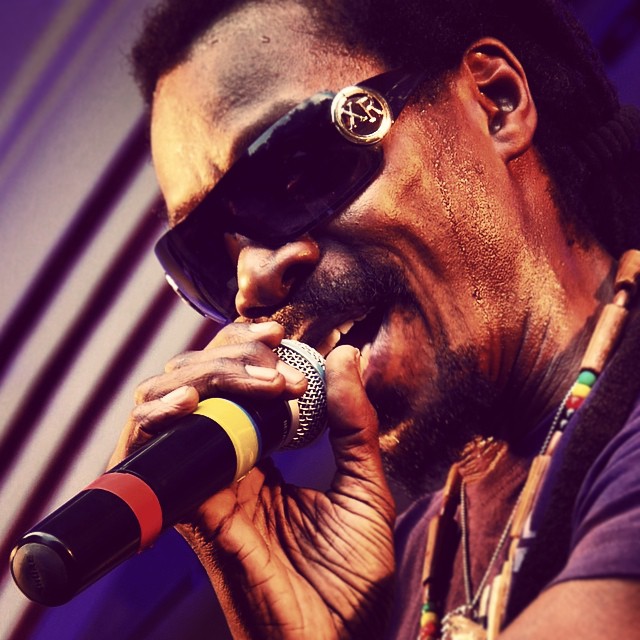 Myki “Tuff” Richards started professionally as a bass player in 1984 with his first band Salem Foundation, that enjoyed the success of 2 charting singles, after which he moved on to playing with Studio 1 singers Eddie Fitzroy, Jennifer Lara, Ranking Joe, Anthony Johnson, Earl 16, and Leroy Smart.

All this time, he was also following his passion for soundsystems by gaining success as a DJ on the  “ORTHODOX 38” sound sytem with Wooligan  and emerging onto the UK dancehall scene as Myi Tuff, pursuing  his career with the legendary “WASSIFA” sound system along with MACKA B, SPENGMAN, and DADDY B. Wassifa became the most popular sound system in the UK culminating in Myki Tuff winning Dj of the year 1994.

Since 2015, Myki Tuff performs as a vocalist with the Friendly Fire Band both on stage and in the studio, with a number of singles under his belt, and live shows all over the UK’s festival and club scene.

Soundsystem remains a passion and a central theme for Myki Tuff, who continues to work as a DJ on the Jam Jah Sound,. His latest single, Luv Song, aims to spread an epidemic of love throughout the world contrasts with the ruthless War General, on the Saturday Night Riddim: a tribute to Soundclash culture that has already received airplay in clashes around the world.