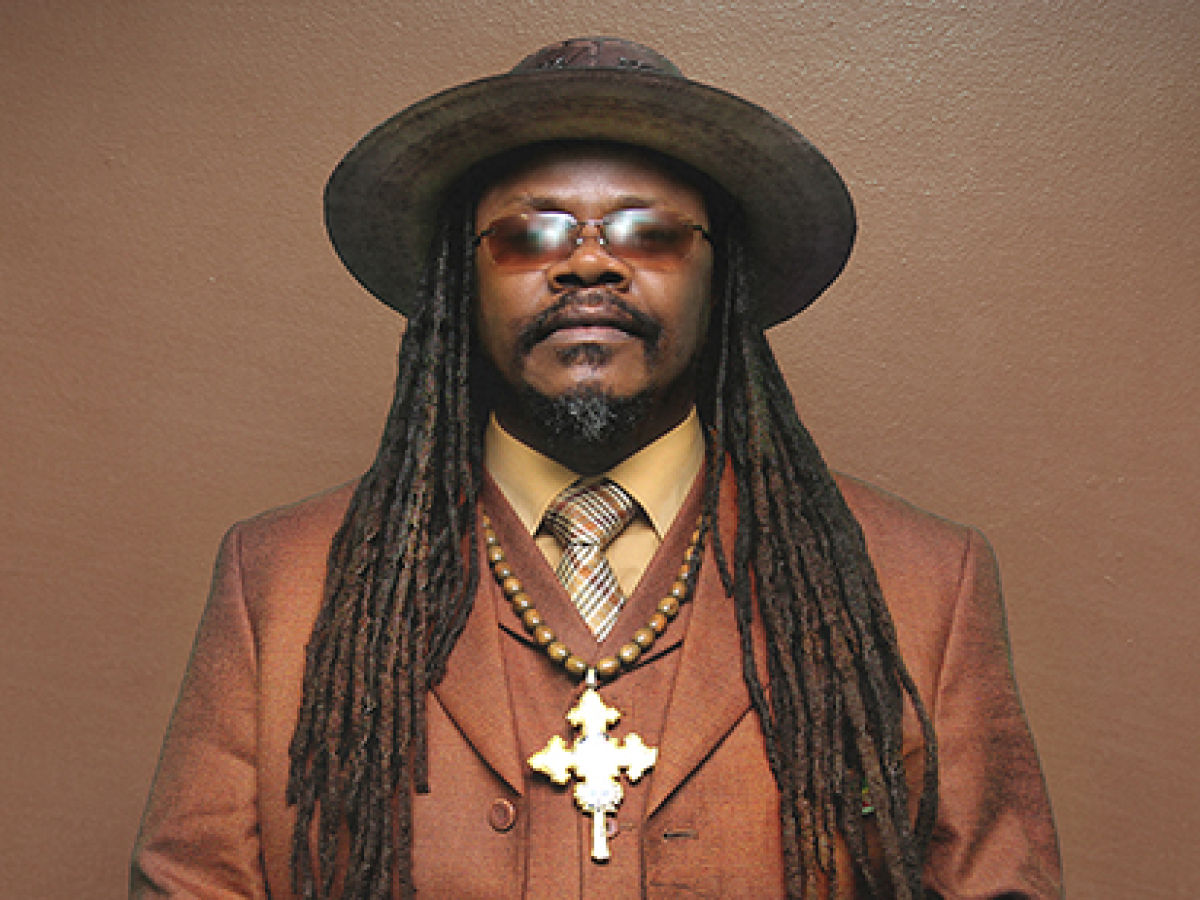 Born Jepther Washington McClymont, the reggae artist “Luciano” has long reigned as the king of “conscious” reggae music. Living in Jamaica, Luciano was influenced by reggae icons such as Bob Marley and drawn to the positive message of the “one love movement”. Dubbed “Luciano” in reference to a comparison to the clear soaring vocals of Luciano Pavarotti, his voice resonates with impeccable intonation and pitch.

Luciano paired with producer Freddy McGregor to record for his “Big Ship” label. This resulted in his first solid mark on the charts in the UK with a cover of Cheryl Lyn’s R & B hit “Shake it Up Tonight”. As this song hit the #1 position, his name began circulating amongst reggae producers like Phillip “Fattis” Burrell and the result was his 1993 recording “Moving Up” on the Xterminator label that was released to critical acclaim through VP Records. It was not long after, that the founder of Island Records, Chris Blackwell, (known for signing artists from Bob Marley to U2) took note and signed him to the now defunct Island/Mango record label. His 1995 recording “Where There is Life” swept across the world producing a string of number 1 hits such as “It’s Me Again Jah”, “Lord Give Me Strength”, “Your World and Mine” and “Who Could It Be”.

What makes Luciano a unique artist in the reggae world is his ability to cross over from the dancehall to the roots audience, leaving no one behind with his brilliance. From early on, he began touring extensively throughout the world, taking his live show on the road. From Japan to Africa, throughout Australia, the UK and the United States, there isn’t a person who loves reggae that isn’t familiar with the name Luciano – fondly called “The Messenger”. Aside from the traditional venues, in 2014, Luciano was a featured performer with the Royal Philharmonic Orchestra in the Netherlands, another nod to his incredible talents as a songwriter and performer.

Luciano has received many awards and accolades over the years. In 2001 the VP recording of the album, “A New Day” was nominated for a Reggae Grammy ™; in a show of national pride in 2007 the Jamaican government awarded him the Order of Distinction (an award rendered for outstanding and important services to Jamaica – in his particular case, an honor in the field of entertainment). Other awards include receiving the “Key to Kansas City” and in 2015, being honored by a “Luciano Day” in Hartford, Connecticut. Most recently, Luciano has also received a second Grammy™ nomination for “Best Reggae Album” at the 2016 Awards.

As a prolific recording artist, he has released or been included in at least 40 albums and when asked how has he recorded so many songs, Luciano replied, “How can you stop a bird from singing?” This is a fitting response from a singer who constantly gives his all.

His first collaboration with the Friendly Fire Band features Dan Giovanni on the Skandal Riddim: Haffi Get A Beaten